It’s hard to find anyone in Christian history who became a great leader without earning an advanced degree at the University of Adversity.

John Bunyan (1628-1688), the author of The Pilgrim’s Progress, grew up in poverty and taught himself to read. As a young man, he struggled with feelings of not being forgiven by God and was tortured by visions of eternal punishment. His devout wife helped him to overcome his fear, but then, while she was still in her twenties, she died of a sudden illness. In his grief, Bunyan devoted himself to preaching. The English government, however, repeatedly imprisoned him for preaching without a license. On one occasion, Bunyan was sentenced to three months in prison, but when he told the officials he intended to go on preaching, his sentence was extended to 12 years. John Bunyan experienced God’s presence in a special way while he was in prison. In fact, it was in his cell that he penned his enduring classic, The Pilgrim’s Progress. It’s a book that could only have been written by a soul that was refined by the fires of adversity.

A. W. Tozer once wrote, “It is doubtful whether God can bless a man greatly until he has hurt him deeply.” God has a mission for your life and mine. But before we can carry out that mission, we will often go through the boot camp of adversity. If this is where you find yourself today, ask God to give you His grace to walk through this time with you. He promised He would never leave or forsake us.

We are hard pressed on every side, but not crushed; perplexed, but not in despair; persecuted, but not abandoned; struck down, but not destroyed. We always carry around in our body the death of Jesus, so that the life of Jesus may also be revealed in our body.” (2 Cor. 4:8-10). 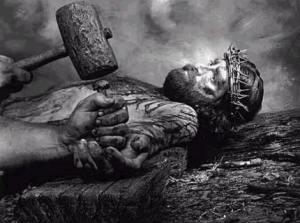