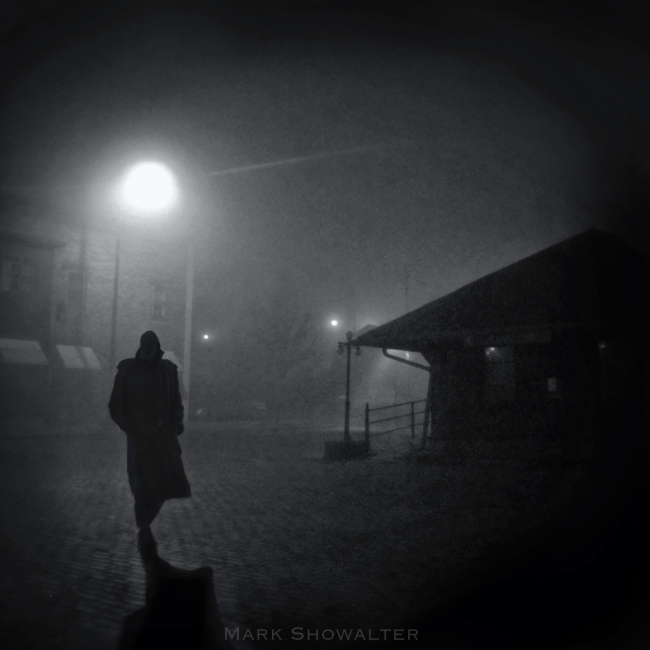 When I was a child I remember having dreams of greatness. When asked what I would become when I got older I would quickly reply, “Spiderman!” I never thought this to be out of reach or just a childish notion. In my mind, Spiderman was real, and if he could climb walls, swing through the city, and catch all the bad guys, so could I. I had the bed sheets, undies, and matching pajamas to show my enthusiasm and give my support to the current Spiderman. After all, he deserved it! He had caught a lot of bad guys to get to where he was, and let’s face it, he was the coolest guy alive. But like most childhood dreams this one too faded as my understanding of the real world became more clear.

I often think of Joseph and his big childhood dreams; dreams that were clearly given by God but skewed by thoughts of grandeur. When he approached his family and told them of the dream he had that one day they all would bow down to him, I don’t see him sharing it with a whole lot of humility. As a matter of fact, I kind of imagine Joseph seeing himself as a man inheriting rock star status. I mean let’s face it, God only gave him the glory part of the dream and none of the hardships it would require to achieve it. It didn’t take long for Joseph’s brothers to become disgusted with him and his perceived arrogance. God used Joseph’s brothers, and their disgust with him, to begin the long needed journey to become the man, that in time, would give God all the glory.

The Breaking of Joseph

If there’s one thing I can say for Joseph, he never gave up. His true journey to greatness began when his brothers’ distaste for him and his dreams finally caught up to him. They conspired together to kill Joseph but thought better of it and decided to sell him into slavery instead. A rich man named Potiphar, who knew nothing of Joseph and his dreams, bought him to be nothing more than a humble servant in his household. During this time, Potiphar’s troubled wife falsely accused him for trying to rape her. If we didn’t know the rest of the story it would be easy to think; “Joseph had done no wrong, he didn’t deserve this! Why would God allow this to happen to him?” The story only seems to get worse for Joseph and his dreams. He finds himself in prison due to the false accusations of Potiphar’s wife. Crazy thing is he doesn’t give up or lose hope. He still serves God and does all that he can do wherever he finds himself. Finally, he seems to get his lucky break. Two of Pharaoh’s men landed themselves in the same prison as Joseph. It truly seemed as if God was going to use this situation to rescue Joseph and get him back on his way to fulfilling the dream. But God had a different plan. Yes, God did use Joseph, He even gave him another dream in order to set things straight between the kings men, but God let Joseph keep on waiting.

Many of us, at this point, would be ready to give up, throw in the towel, move on to a different calling or lifestyle. What made Joseph different? Why would he carry on and not lose sight of his dream or his relationship with God? Was he better than you and I? More spiritual perhaps? No, none of these things. He simply loved God more than his dreams, and this made him carry on even when all hope seemed lost.
Most of us dream of greatness with God. I believe most all of us would truly love to do a work that’s meaningful, enduring, and in the end makes a great difference for the kingdom of God. So why aren’t we? Why do we feel stuck, out of spiritual energy, or worse yet, forsaken by God? Has God moved on past us to find someone better and more qualified? Someone who really knows how to pray and read their Bible? Of course not. The Bible tells us in Philippians 1:6, “And I am certain that God, who began the good work within you, will continue his work until it is finally finished on the day when Christ Jesus returns.” This is a big promise that often time doesn’t seem to be fulfilled. But Moses had this to say about God and his promises; “He is a faithful God, who keeps his promise” (Deut. 7:9). So why then did Joseph have to wait? Why do we have to wait? Why does God allow us to come to the place where we feel abandoned and the dream to be lost? Two reasons…

Peter has a good reminder for us when we begin to feel forsaken. “The Lord isn’t really being slow about his promise, as some people think. No, he is being patient for your sake. He does not want anyone to be destroyed, but wants everyone to repent” (2 Peter 3:9) The part about not being destroyed is one piece of the waiting process. Pride is always waiting just around the corner in our hearts to take the glory for ourselves, and make us feel as if we’ve become elevated above those around us. Remember; “God resists the proud, but gives grace unto the humble” (James 4:6).
The second reason we wait is due to weakness. We all deal with spiritual weakness on some level. God knows if we would have the strength to carry out the calling or not. Often times though, we are weak! This is why God said in Isaiah 40:31; “But they that wait upon the Lord shall renew their strength; they shall mount up with wings as eagles; they shall run, and not be weary; and they shall walk, and not faint.” Waiting is a process of growth, and if we are to do anything meaningful for God, we all must go through a season of waiting!
In the end, Joseph did rule over the land, and his family did bow down to him and pay their homage. But Joseph wasn’t puffed up. They were there because they were hungry and Joseph had the provisions they needed. They bowed down, not because it was Joseph, but because God had given Joseph a position of power so that their lives could be spared. Look at what Joseph said to his brothers; “Don’t be upset, and don’t be angry with yourselves for selling me into this place. It was God who sent me here ahead of you to preserve your lives… So it was God who sent me here, not you! And He is the one who made me an adviser to Pharaoh” (Gen. 45:5,8).

You Are Not Forsaken, Or Forgotten

The Bible assures us that even while Joseph was waiting, and maybe even feeling forsaken, he was not alone. “And the Lord was with Joseph, so he succeeded in everything he did” (Gen 39:2). I don’t believe for a moment that Joseph felt like he was always succeeding, or that the Lord was always with him, but he was. So what’s the real story of Joseph?…
He never gave up!

6 thoughts on “The Death of a Dream”